Soybean meal is widely used to enrich animal food, while the texturized protein TVP, or protein concentrates derived from the soybean meal, are also used for human nutrition.

What is Soybean Meal?

Soybeans are crushed and pressed to produce soybean meal and then taken through a chemical process with hexane to extract oil, resulting in a bulk solid, powder-like product that contains fiber and proteins.

While the biggest amount of vegetable oil produced in the world is extracted from palm (123 million metric tons per year), soybean is the second most used vegetable to extract oil. Soybean meal generates this high-protein content byproduct the most.

Even though maize is the top field crop in the U.S., measures more than twice the size of any other crop, and it’s the raw material for corn sweeteners (i.e., high fructose corn syrup) and ethanol fuel, soybean is currently one of the most important oilseeds for extracting food protein and oil products in America. 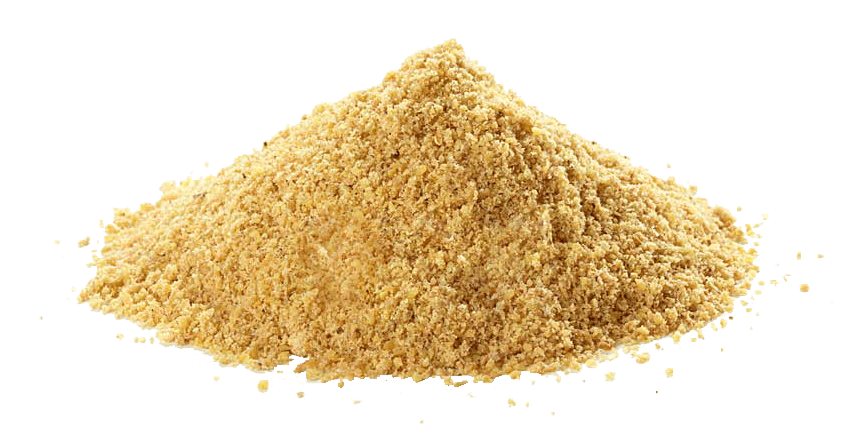 How are Soybeans processed?

Oil is essentially extracted from soybeans as follows:

The use of soybean oil in enormous quantities worldwide, greater in some places than others, makes it one of the most transported vegetable products / by-products nowadays. Soybean meal also has a significant place in the logistics chains.

How big is the market?

Soybean meal is widely used to enrich animal food, while the texturized protein TVP, or protein concentrates derived from the soybean meal, are also used for human nutrition.
Although soybean crop areas are well scattered all over the world the processing plants can’t be for better efficiency.
Because processing needs to be centralized to some plants and some by-products are more used in some place than in others, there is a crucial need for transportation of the soybean meal.

Some details about the physical characteristics of Soybean Meal

Like most bulk solid materials, soybean meal has the following characteristics with big physical / chemical variances:

The following table from Physical Properties of Soybean Meal – YUJIE WANG, 2 3 DO SUP CHUNG and CHARLES K. SPILLMAN shows the variation of the angle of repose as a function of the moisture content: 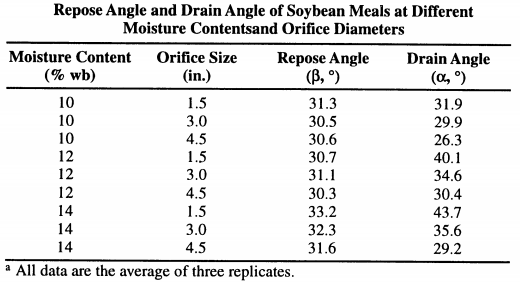 Analyzing the relationship between the angle of repose and bulk density, it can be determined that, as the soybean meal has a medium density (between 0.545 and 0.675) and a repose angle of less than 35 degrees, that this product is most likely to be a non-hard-to-flow bulk solid. This is true as long as the moisture or the protein content doesn’t affect it and makes it hard-to-flow, which would be unusual, so this makes things easier on the handling end.

How is the Soybean Meal transported?

First, look at the two tables below:
Table 1

From the tables above, one can easily depict that a lot of soybeans and soybean meal is moved from place to place. The soybeans arrive in tanker trucks or tanker train cars and are transferred to a storage facility to then be moved in big bulk carriers.

The soybean meal, on the other hand, has moisture content issues that make the bulk carriers’ operation more expensive and difficult, opening a window for container liners.

Is this your case?

Schedule a free assessment and we’ll walk you through the process!